Animated music video I just stumbled over. You kinda end up watching this through... Feel good tune accompanied by sweet, naive-clever animation. 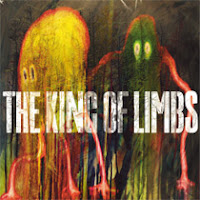 The first newspaper album - an example of how the music industry can take advantage of the digital revolution.  And perhaps could this be the beginning of reintroducing artwork as an integrated part of the music package & experience ?

"The title of the more expensive option, the Newspaper Album is not a coincidence as the newspaper industry is having to adapt to the digital trends of contemporary society. In this regard Radiohead have been bold, brave and forward-thinking"

To read more from article:
Digital music revolution - Radiohead & "The King of Limbs" 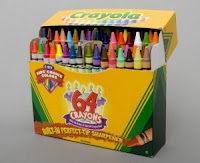 It's amazing what you can do with Crayola colors. Check out how Nashville artist Herb Williams took his childhood fascination one step further:

The incredible Crayola sculptures even the White House could'nt ignore
No comments:

Salvador Dali is in the building !

A great reason to visit St. Petersburg Florida. Not only does the city house the biggest collection of the works of Salvador Dali, but the architecture of the new museum itself is astonishing. Developed as a tribute to the artist and with environmental concerns in mind, like visual landscape and hurricane protection. The new Salvador Dali museum opened in January 2011. Check these links for more photo's and information:
Salvador Dali Museum - Now Open


One of the artists famous paintings:


.... And a poetic version about the pink colors from Kevin Nordine:

Here you see a collage based on trend reports for this year's fall season; of course with some subjective predictions!
Pantone announced their fall colors early February. Colors that I believe will have a more significant impact  than others this autumn is definitely the warm "tart" golden yellow color which Pantone refers to as "Bamboo". The other one is the dark green "Teal" color, both  combined with neutrals. The third is the color Pantone refers to as "Phlox" A footnote to this: "Phlox" is actually a much brighter color named after the same plant and more commonly referred to as "psychedelic purple" (Jimi Hendrix' favorite color!). But eventually, "phlox" as shown on the Pantone chart will definitely be on the autumn color map, and come along with glimpses of pink colors reminiscent of "Honeysuckle" (color of the year 2011), believed to have a stronghold on design products this year. The autumn pink may though appear in softer/cooler versions.
My gamble for the autumn is to predict more use of blue tones than different trend reports shows. Without going into details, just as "Honeysuckle" were meant to be an optimistic, sweet and uplifting color for 2010, there could be seen softer shades of blue colors for more optimism and a "peaceful blue autumn sky".
Pantones color report: Fall 20011 - Sensible & Spirited
Fashion Trendsetter report: The must have color trends for fall 2011
No comments:

What can SeeBe do for you ?

SeeBe design creates unique and decorative graphic design for your business or product; whether it is for traditional advertising, manufacturing purposes or other media needs. With a versatile background from ad agency, manufacturing, signage industry, and interior design, SeeBe can assist with project management, planning and contribute with valuable knowledge in regards to design concepts, marketing and production.